Have any questions in mind?

Get a free consultation today!

You'd like to expand into a new market?
Increase sales?
See long-term results?

I’m here to help you conquer the German-speaking market, increase relevant traffic and make your brand look excellent in Germany, Switzerland and Austria.

I'm Sandra.
And this is what I do:

Who are your customers? And which new audience would you like to win over?

If you're dealing with a German-speaking market (so-called "DACH" region), expect them to search
for the services and products you provide in their
own language. As it happens, it's my first language, too.

A phrase or a slogan doesn't stick with you just because you understand the words. But if those words touch you on an emotional level, then your interest is sparked in a split second.
That's one of the reasons why mere translation sometimes does more harm than good and ultimately costs you more than it brings in.

The right content significantly increases your
long-term returns by steadily growing an audience.

Moreover, it builds your brand’s authority and ranking. Content marketing at its best isn’t really marketing. It’s fostering connections that result in loyal customers as a byproduct.

The first step in both applying SEO and creating copy that resonates with your customer is a profound analysis of your audience’s demands and also the specific search terms they’re using.
The result is a map that doesn't leave success to chance. Creating content that deserves to be found gives you the edge. 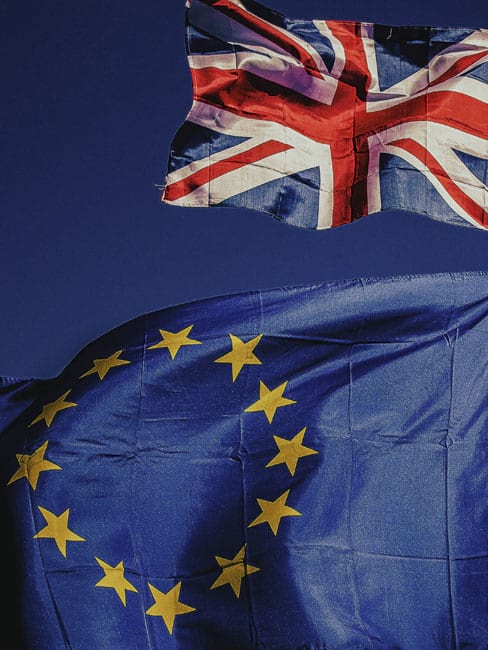 Some numbers at a glance

Fact 1: The German-speaking GSA or DACH region (D = Germany, A = Austria, CH = Switzerland) is by far the largest and most promising market for IT and other services in Europe.

Fact 2: According to the Office of the United States Trade Representative, the EU countries together would actually rank first among export markets for the United States in 2018. Among the countries, UK is number 1 with goods and services exports totaling $66.2 billion, closely followed by Germany.
Now considering that the DACH region covers not only Germany, but also Switzerland and Austria, you will be addressing one of the most important markets worldwide.
Wikipedia estimates that 90–95 million people globally speak German as their first language.
(For the geeks among you: There are even more areas in the world with respectable numbers of German speakers. Among them are regions in: Belgium, Liechtenstein, Luxembourg, Italian Tyrol, France, Eastern Europe, Brazil, USA, UK, Canada, Argentina and many more, including the Mennonite people in tiny Belize!)

This will depend on your business. If you’re the owner of a sushi restaurant in Bakersfield and delivering over 6000 miles to Europe (btw that’s about 9600 kilometers) is not an option, you probably won’t need one. Though you may well miss out on the tourists searching the web at home before traveling.

It’s definitely wise to do the math, know your numbers and evaluate the full potential of a new market entry for your specific business.

Then you’ll be in a position to tell if it’s worthwhile getting a German copywriter to unlock that market for you. 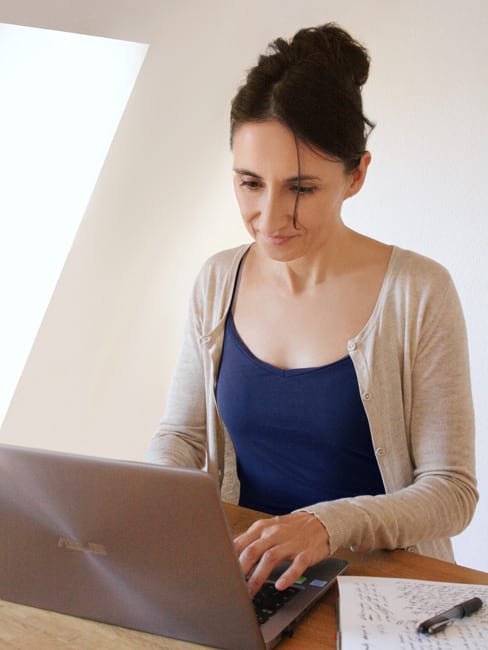 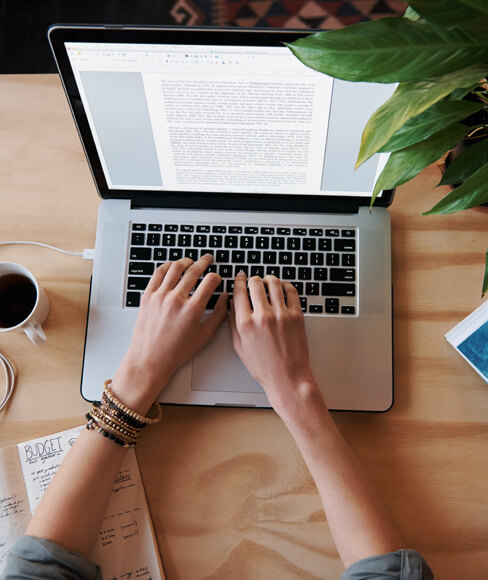 It’s one thing to be understood in a foreign language, but a different thing entirely to garner your audience’s undivided attention and convert them to customers by using the right words and tone. This is where transcreation comes into play.

Accurate localization and well-written copy must be taken seriously. It should be given as much attention as your original language content in order to reach its full potential and open up additional markets.

While companies worldwide have started to realize that they’ve left business on the table and are taking steps to change that, their translation choices often are questionable. Poor translation does more damage than costing you customers; it can seriously harm a brand’s image and credibility.

I want you to be proud of your copy!

Transcreation in a nutshell

Transcreation is creative translation [“trans” and “creation”] that focuses on adapting the quintessence, context, and tone of a message to a target language and its specific cultural setting.

It is becoming increasingly important in international marketing, where reflecting the target audience’s expectations makes a drastic difference in the marketing campaign’s outcome.

Many skills -
One source

In contrast to standard translation, transcreation often demands copywriting expertise, in-depth product and customer insights, and the translation skills of a native speaker who also is closely familiar with the specific culture.

However, usually not all copy on a website needs creative transformation. But being able to discern where and when it is needed exactly is part of the task at hand.

Born and raised in Germany and fluent in English, having worked in a variety of industries in Germany and abroad, I can’t wait to discuss your project and see if we’re a fit!

Why work with a game changer

I speak your language

We can discuss everything in English, no matter how complex. In fact, we have to, as I need to get to know your business intimately. That’s essential for our ongoing project.

It saves you time and spares your nerves

I write attention-grabbing copy and flawless transcreation the 1st time around, so you can focus on all the other things on your list. Or chill and have a latte macchiato. It will also save you the hassle of having to shell out for another transcreator and copywriter later.

You’re running a successful business, but you can’t do everything yourself. And you shouldn’t. I’m passionate about writing and BREATHE content. You won’t have to send out reminders, ever.

Count on getting quality copy – on time, every time, no matter what.

As a sufferer of Uber-efficient syndrome (did you know “uber” comes from German “über”?),
my intrinsic motivation keeps me hanging in there, not only until the job is done, but until I’m satisfied and feel it deserves being labeled “Made in Germany”.

You'll get more than you asked for

Marketing localization, copywriting, customer analysis and strategy need to go hand in hand. You’re not only hiring a translator, but a result-driven, SEO-savvy brain that takes an integrated approach to marketing and works with diligence and attention to the finest details.

From small tweaks to
end-to-end solutions

Words do the magic that connects. Not your website design. Not the ads. Use this power to fully express what you have to offer.

Is this the
right choice for you?

Something that is important to me:
My goal is not to convince you to buy something that isn’t a good fit for you. A new market entry is a crucial step in your business development. I want to support you in making the right decision here, even if it means we won’t work together.